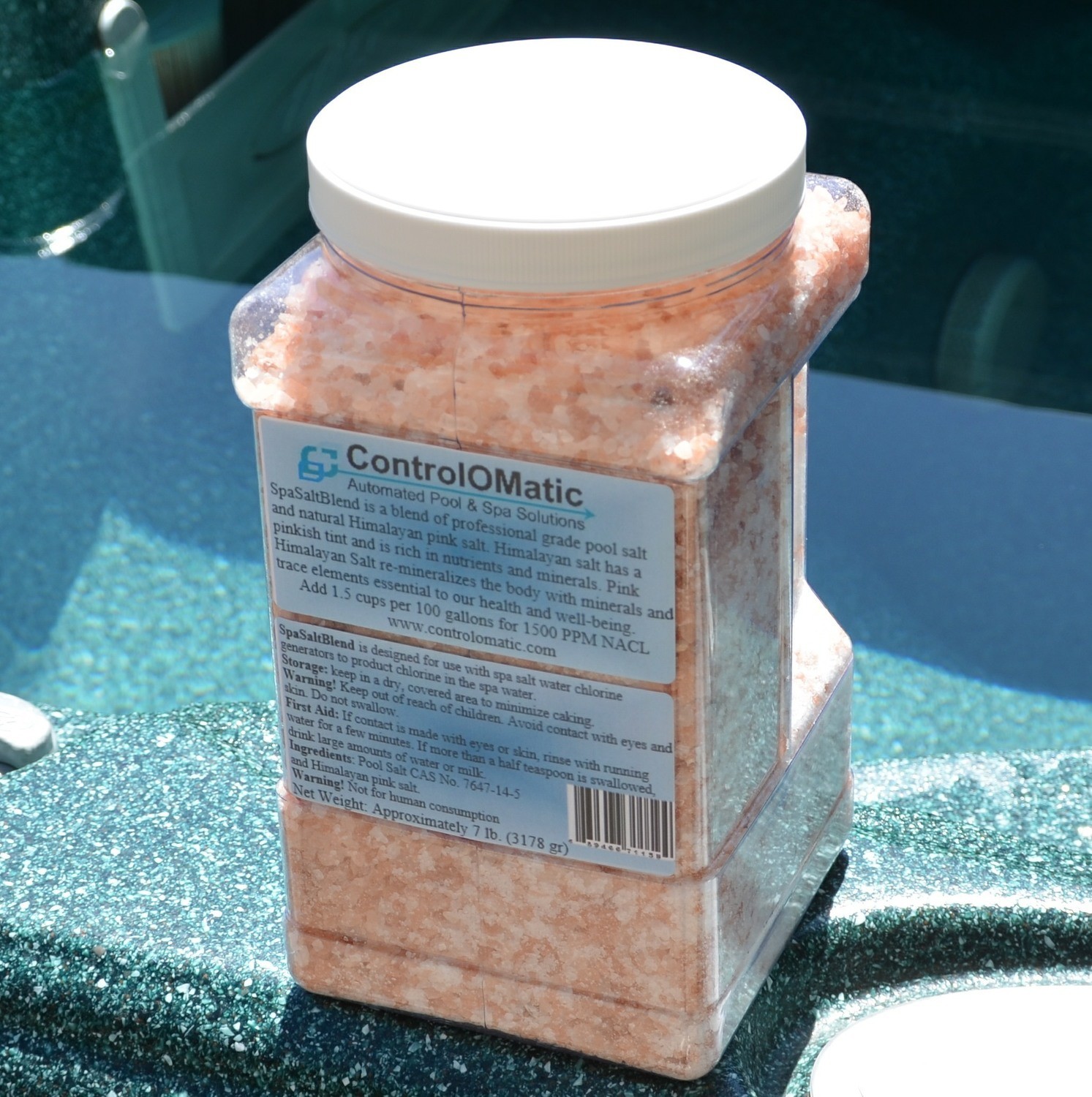 Our spa salt is a blend of pure pool salt and mineral-fortified Pink Himalayan Salt. Himalayan Salt is quite different from salt found anywhere on the planet: it has a pinkish tint and is rich in nutrients and minerals. It re-mineralizes the body with minerals and trace elements essential to our health and well-being. Harvested from the heart of the Himalayan mountains, it is considered the purest salt in the world as it is virtually free of pollutants and toxins. For thousands of years, the salt has been used as a main ingredient in baths, body scrubs, and even food and drink! Himalayan Salt is reported to contain 84 elements that naturally occur in the ocean, as well as in our bodies.

Our package contains 7 pounds of the salt blend, which is enough for a 400 gallon spa.

Allow more time for the Himalayan salt to dissolve. There may be some pinkish remains at the bottom of the spa, which will disperse into the water after spa use.

Save this product for later

"When it comes to sanitizers, what could be better?

Of all the products I have access to, I use hypochlorous acid made with the ingenuity of ControlOMatic to keep my family safe and healthy!"

"I really like your Hypochlorous Acid generators and I tell a lot of people in my industry about them. The NatureChlorMax is easy to use and I feel great about using a cleaner that is so safe and effective.

"I am happy to report that I can finally stop looking for my holy grail HOCl generator...I found it in my NatureChlor MAX."